I’m sitting in 36D – center section aisle (mon préféré) – and after 12 hours on this United flight from Munich I admit to some ache. The pilot has just turned on the seat belt sign and provided an update on the cool, foggy San Francisco weather adding, “we should be on the ground shortly.” Blessings to an imminent touchdown.

I haven’t written a dispatch from San Francisco since my last trip here in February. I haven’t written anything since February, actually. Why the pause, my first writing laps in 8 years or so? Now that’s a question I’ve been pondering too. The well isn’t empty, but the motivation has been flagging. I’ve been stretched with other projects, but that’s nothing new. A mystery. Perhaps we just need a breather sometimes to rethink and resync.

Is there a better city than San Francisco for inspiration, to get that figurative pen back to paper, whatever one’s form of creative art? None that I’ve know of. So here’s to a refire of the creative flame. Let’s see what develops. We’ve just touched rubber to tarmac, … and off we go.

Dispatch #1 – A Sense of Place

Noe Valley is a beautiful family neighborhood in the sunny center of San Francisco. It’s a perennial locals’ favorite but never a trendsetter. While the must-live-here-now quarters like the Marina, Hayes Valley, and the Mission bloom and fade on the shifting whims of the hyper-paid, transient hip, Noe Valley remains a priority destination for those seeking longer-term permanence in this city by the bay. 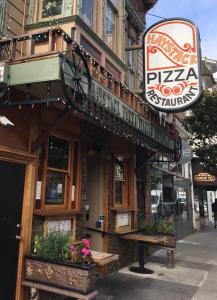 It hasn’t escaped the gentrification wave and real estate bubble burning through the city. There is a scattering of all-organic, locally sourced, gluten-free juice bars and quirky concept stores in the neighborhood now, but many of the boutiques along its 24th Street core remain in family hands after 30 years or more. Haystack Pizza, 24th Street Cheese, the Dubliner bar; I was a regular at all when Noe Valley was my first San Francisco home so way back when – the late ‘80s while studying at SFSU. I’m back in Noe Valley again this week, back to my morning buzz at Martha’s Coffee, my evening beer at the Dubliner.

Place plays an elemental role in life. It frames our quotidian and colors that community of friends and strangers who fill our days. When I take a pulse on how things are going – as I am this year – it’s the what I do, whom I love, and where I live that get the most critical reflection. Getting the where right is so important.

At 60 I’m ready for at least 1 more grand adventure, one more lifting of the anchor for parts unknown. This new course doesn’t have to be geocentric. It might just be the what or with whom. It is certainly not guided by a quest for more cash or greater security, which often fuels the flight in younger years. The eternal wanderlust for personal growth and new experiences, the adrenaline rush from knowing you’ll likely fail spectacularly … but what if not?, … that stubborn unwillingness to accept that this is it at any age; yep, this is the propellant.

I’ve rambled a bit through the years, living here and there in the States and now in France. A few of these places have left their mark, have spoken to something inside that is authentically Bill. Aix-en-Provence, where I’m living now, moves me at a deep level, and San Francisco as well. If I believed in past lives I’d say that I have wandered those streets before. And whenever I’m in the magic kingdom – Bagdad by the Bay, as the great columnist Herb Caen used to say – there’s no neighborhood that I love more than Noe Valley. Now off I go to Martha’s for the morning cup. Onward! 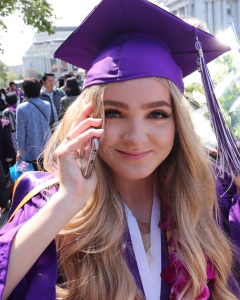 The motivation for this trip west was the high school graduation ceremony for my daughter Stella. One of those big life moments for her and for her proud parents as well. The wave of emotion that swept over me as she first appeared in the auditorium wasn’t a surprise – I knew what was coming the moment I’d see her in that purple cap and gown – but it was still a struggle to keep my pride in check. I’m a teary guy, what can I say?

Stoicism is a guy thing, maybe even more so an American guy thing, I’m not sure. We imagine ourselves as cowboys carved from some noble stone. What me cry? Never! Nothing stirs me more than music and certain songs can put a fine crack in the cool façade. Stella’s mother used to tease me for that vulnerability. When the Beach Boys Don’t Worry Baby came on the AM radio of my treasured ’66 Mustang, sitting behind the wheel and a warm California breeze chasing us down some coastal highway, well lets just say things would get a bit misty. I’m even moved as I write this now, hearing that brilliant third verse in my head:

she told me baby, when you race today
just take along my love with you
and if you know how much I loved you
baby nothing could go wrong with you
oh what she does to me
when she makes love to me
and she says don’t worry baby

I went to an Irma Thomas show last night at the San Francisco Jazz Center. She has a backstory that is as fascinating as the timbre and range of her voice. Doing studio work by 13, two marriages and 4 kids by 19, over 30 singles and 20 albums and a history of small victories, but always in the shadow of Aretha Franklin and Gladys Knight and other better-known contemporaries. 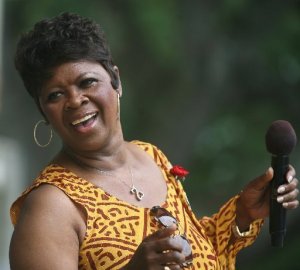 Irma is 77 now and still brings it big. She had the committed crowd firmly in the palm of her hand, and for good reason. Her voice remains sure and strong and after 60 years in the business she knows how to command the stage. She had us on our feet for much of the night, white handkerchiefs waving New Orleans style as she worked through an endless string of requests from her long back catalog of hits.

We’ll all be lucky to still be bringing it at 77. Doing something we love, something so natural and sure that it seems destined. When I think about the kids graduating with Stella this week, about their futures and all of the questions and uncertainty they face in a world of rapid churn and change, I can offer just 1 piece of advice: never stop trying to find your reason for being alive. It’s rarely evident and you may keep asking the big questions well past midlife. But it’s that journey of discoveries and doubts that makes life as beautiful as a teary sing-along in a classic car or the sultry voice of an American soul queen. Sing on.

Dispatch #3 – For a Few Dollars More

The average selling price of a family home in Noe Valley in April this year was a cool $2.5 million. For the monthly rent on a 2-bedroom flat prepare to fork over $4,300. Welcome to the new world of San Francisco economics.

It’s not just the lodging that hurts. A veggie sandwich at Dolores Park Cafe ran me $14 earlier this week and my chai tea at Bernie’s last night was a steep $3.50. When you remove their cost for the tea bag – about 10 cents wholesale according to my back-of-the-envelop calculation – that’s some pretty pricey boiled water. But imagining their rent along that prime spot on 24th Street, I get it.

It’s an unvirtuous upward cycle driving this madness. A surge in the tech industry is once again pulling in boatloads of high-paid software engineers and designers who are young and hip and want to live in uber-cool San Francisco, not the uber-uncool suburbs of San Jose. And with the average salary for a tech worker now hovering around $150,000 they can afford it (well okay, maybe with a roommate!). 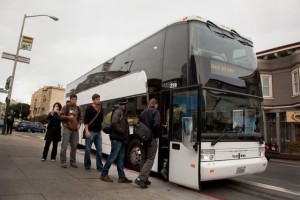 To woo the best and brightest, many of the newly minted barons of tech like Twitter and Salesforce are setting up in downtown now, and those that remain in Silicon Valley are providing wi-fi’ed commute transport from the city and back, … which feeds the need for even more pricey condos and chai lattes and all-organic, locally sourced, gluten-free juice bars in neighborhoods like Noe Valley. Sitting at Martha’s Coffee earlier this week, I counted 7 massive luxury buses in 14 minutes rolling down 24th Street, picking up riders for the hour drive south to Google, Apple, and other large corporate centers.

So where’s the problem? The techies are happy, their employers are happy, the city with its coffers full of higher tax revenues is happy. The problem is the loss of diversity, and that has always been at the heart of San Francisco’s unique color and flair. How does a cab driver or cellist or schoolteacher afford $14 sandwiches and $4,200 leases? They don’t.

I like tech workers okay and count a number of friends among them. I just don’t want to be limited by only their interests and sensibilities. There’s only so much bar talk about stock options and fundraising and blockchain that I can take before my attention disorder gets provoked. Yawn, pass the wine please, … and where do I set up my tent?