Music suggestion: Hey Hey, My My (Out of the Blue), Neil Young
Drink suggestion: Beaujolais Nouveau

Get your glass, play the song, now read.

The Beaujolais Nouveau is in and being enjoyed across France. This seriously unserious red wine is bottled just 2 months after harvest, often with whimsical labels, and is fun, light and fruity. It’s not meant to be stored away in the cave or over discussed; should always be cheap. Serve Beaujolais Nouveau slightly chilled with a selection of cheeses, like the gloriously ripe Camembert that is currently making my kitchen in Aix smell like a wet hay bale. 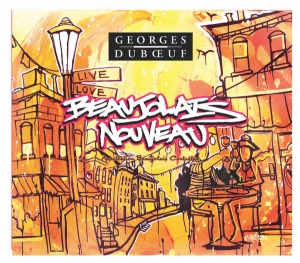 Onto a slightly less cheerful topic, I am making 2 reflections on death in this postcard, and the first involves rock & roll. Stick the nails in the coffin, because we are done here. Some great music is still being made, but the fact is it doesn’t matter. The young, and it is through them solely that the brand is defined, no longer live through their favorite bands. This I know to be true, as I have 3 specimens of the teen variety.

They cannot be blamed. Key elements necessary for rock’s great seduction have disappeared: the learned radio DJs, guiding us like enthusiastic museum curators; the brilliant and committed artists, evolving with each new album; the album itself, providing the artist space to expand on a theme beyond the 3 minute single; and rock & roll magazines covering just that: rock & roll.

Who is to blame? There are plenty of culprits, but in the end the art form simply played itself out, losing its sense of freshness and rebellion, and unable to withstand the internet assault. Great rock could both impress with its creativity and worry our parents sick (think Exile on Main Street or Never Mind the Bollocks). Which album of the past 10 years has done either? I love Green Day and consider American Idiot a solid record, but having grown up with the blurred androgyny of David Bowie and the self-destructive mayhem of Iggy Pop there is little in Billy Joe’s antics, eye liner, or music that frighten me as a parent. I complain more about my kids’ time with the PS3 than their music selections, …and this is their great loss. As a pent-up and desperate 15 year-old, the fact that my folks just didn’t get it – even better HATED IT – was manna for my unruly soul.

The interest is still there, but the distractions offered to today’s youth simply cannot be countered by the current crop of predictably derivative artists. There is enough dazzle to get kids’ attention, but insufficient gravity to hold them in orbit. My 12-year olds (ah, what a great age) have just entered that rock star fascination stage; un-jaded and ripe for the musical taking. Their bedroom walls are covered with cut-out photos, their favorite songs on endless loop in the earbuds. But the infatuation will dilute by 14, pulled by the allure of Facebook banter and Call of Duty bombast.

Conversely, our bored-out-of-our-skulls teen years were spent debating the meaning of Pet Sounds or Dark Side of the Moon, of Elvis versus Jerry Lee, the Beatles versus the Stones versus the Doors, of Clapton versus Hendrix, of New York versus London punk, of how Woodie Guthrie begat Dylan begat Springsteen. 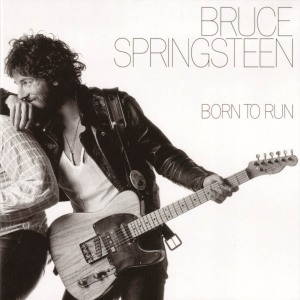 Born to Run was released in August, 1975, 2 months after my high-school graduation. In 8 brilliant songs it captured the pure essence of my teen confusion, righteous convictions and roaming imagination. And with subsequent albums we grew together, Bruce the developing artist and me the maturing adult.

Who has the genius to keep kids close for more than a moment today? Female entertainers (I wouldn’t consider them all musicians) are getting the most attention. Lady Gaga makes a lot of noise. I admire the energy, but she is a hyper-brand, not an artist (essentially Madonna 2.0, and Madonna wasn’t an artist). Amy Winehouse was the real deal – an incredible talent replete in her Ronnettes beehive and suicide girls tattoos (mom definitely wouldn’t want you bringing Amy home) – but needed mentoring from the likes of a Keith Richards on how survive the excess. The terminally cute Taylor Swift? My daughter adores her now, but unless Swift graduates from the adolescent Romeo and Juliette phase, in the way the Beatles moved from I Want to Hold Your Hand to Help!, she’s going to lose Stella in the next 12 months. Adele is the last great hope, but one bright star does not a galaxy make any more than a sole painter in Giverny prolongs the Impressionists era. At some point the masses move on.

Why do I bring this up? Because, the thought of someone else selecting the soundtrack of my life, the set list for my wake, is as troubling as a stranger writing my epitaph. This gets to my second point about death. An ongoing theme in my essays (see The Upside of Hard Times) is the right to draft one’s own life story, to decide on what bearing is true north and not deviate for others’ expectations. Our stories may be shorter than anticipated, will certainly be for some, for we all are dying, we of the mid-life crowd. All the more important, then, to realize the highlights or our lives, particularly our second lives, post-50, now. Don’t fear the reaper, just get on with it.

Day by day, year by year, we wane bit by bit. We are not supernovas, peaking to a spectacular, blinding flash. Our own sun is a better analogy, losing its mighty glow slowly but measurably, in gradual decay. We are like spinning tops, in full motion and balanced elegantly, and then the little wobbles begin.

The average life expectancy for the western world is 80, give or take a 12 months or so depending on one’s gender and geography. The last 5 may not be pretty, which whittles us down to 75 years of true flourish. We would all like to think differently. I’ll be in full bloom well into my 90s. Don’t count on it.

Okay enough, so where am I going with this glum theme? One, this is the time to pursue your personal passions, to put a spectacular stamp on your life story (and that is the point, right?). It will be harder tomorrow and even harder the day after that, and at some point it won’t be possible. Someone who loved you will read your eulogy and they’ll want it to be great. Make their job easy.

Two, don’t let someone else decide how to color your life musically, especially if music has played an elemental role in your life. Select those songs that you love, have always loved, and want playing in the background when the toasts are raised and stories shared.

My post-party top 10 list is decidedly rowdier, and I am happy to share them as well if interested. I would truly love to see others’ selections. It is excruciatingly painful to cull my favorites to 10 and allow that some choices will swap in and out with time.